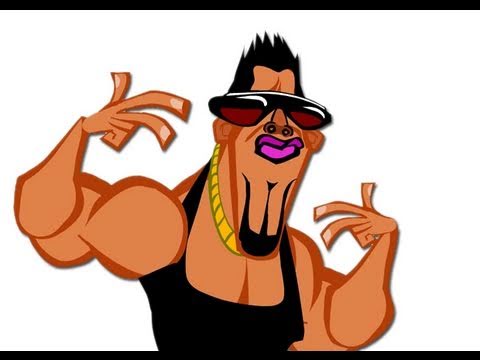 In my new book, The High Value Man: Principles of Positive Masculinity, I tell a real-life story about someone I call “The Black Belt Bully”, a so-called “alpha male” who loses his job due to his alpha behaviors getting out of control in the workplace. In this article, you will learn why, as in the cautionary tale I tell, most “alpha male” advice is terrible when the behaviors they promote become counterproductive and/or anti-social. It seems like everybody wants to be an “alpha male” these days.

I can’t deny the seductiveness of this concept.

I can’t deny that the alpha/beta construct has a simplicity to it that helps people understand the levers of male “success” in life. I even hear girls talking about how they want to find an “alpha male” and how they definitely don’t want a “beta male”.

Or, people (who probably don’t know much about girls at all) write about how girls want a “dominant” alpha male.

While a lot of the “alpha male” literature and content out there is well-meaning, I am sick and tired of hearing about this idea because it is either misinterpreted or taken too far by those who get sucked into what I call the “alpha/beta dichotomy”.

A recent trip to Los Angeles made me think that every male Angeleno under the age of 50 is studying (and misinterpreting) “alpha male” literature. Who knew Angelenos of all ages were so studious? The behavior of so many of these “men” I witnessed was absolutely absurd and ridiculous.

I wish I took some pictures, but I didn’t because I’d probably get my head taken off like an over-aggressive Hollywood paparazzi photographer tailing his latest celebrity victim.

Now, here’s another example of how “alpha male” content is getting out of hand.

I recently got a comment on my YouTube channel about how my voice is “alpha” but because I wear glasses, I don’t look alpha.

Or, I got another comment about how “law is for betas, banking is for alphas”.

Um, okay. Never mind that I never talked about being alpha. What do you actually know about any of these professions?

Throughout all of this nonsense, do you want to know how much I care about being “alpha”?

That’s how much I care about being “alpha”. Less than zero.

And, that’s how little you should care as well from now on, maybe even less!

In my new book The High Value Man, I write about a guy I know called The Black Belt Bully.

Yes, he is stereotypically “alpha”.

Yes, he is dominant.

Yes, he has a large personality.

It’s not a bad thing to have a leader’s mindset.

It’s not bad to have a big personality.

It’s not bad to be a tough guy.

But he, as many of these writers and readers of alpha male advice do, took his alpha male behaviors way too far and it resulted in him being fired from his very posh, well-paying job. To this day, he has been unable to find a job.

For example, it was his inability to accept his own faults that caused him to double-down on his anti-social behaviors, and ultimately, those anti-social “alpha” behaviors did him in.

You can read about The Black Belt Bully more in the book.

Don’t get me wrong, not all “alpha male” advice is terrible. There are people who give advice in a constructive, professional way.

And, then there are people who give poor advice like these “gems”:

1. Spread out your body and take up lots of space.

3. Don’t get out of people’s way when walking down the street. Make them get out of your way.

4. You need to be dominant.

This is just some of the nonsensical advice I’ve seen before.

As it always is with human beings, it’s not necessarily the idea but the execution that is lacking. People take well-meaning advice and go way too far with it.

For example, “never show weakness” is interpreted as never changing the way you act, even when it hurts other people, or in the case of The Black Belt Bully, your own career.

Or, “make them get out of your way” is taken too literally. You see people barreling into other people in nightclubs and even on the street. I don’t care if you think you’re “alpha”, but if you think this is really a sign of being “dominant”, then I’m fine not being dominant.

“Taking up lots of space” translates into taking up unnatural amounts of space that get in the way of others.

And, don’t get me started with “being dominant”. It is one thing to have an opinion, a backbone, and to lead others, but when people go too far with this concept, you will make enemies who won’t forget your transgressions.

Just before I wrote this post, I played basketball with two friends who almost got into a fight over a stupid foul call because neither one wanted to be seen as admitting weakness. One of them gave the other a bloody nose, and whether it was intentional or not, he didn’t apologize and he didn’t even show concern.

As we were walking away after the game, the one who got his nose bloodied muttered under his breath “If that happens again, I’m not holding back.”

The truth is, many so-called “alpha males” are unnatural, comical versions of a concept that exists in the animal kingdom, but doesn’t fit very neatly within the human world.

These “alpha males” get their feathers too easily ruffled and that’s because at their very core, they are not truly men of high value.

All of this ridiculous behavior is nonsense.

Like I said before, don’t sweat minor things.  As a high school buddy of mine told me after I got too pissed off at someone about something stupid: “Never let them see you sweat“.

That’s how a man of high value really behaves (and should always behave).

My new book, The High Value Man, presents an alternative to the alpha/beta dichotomy, which is the path of the “high value man”. Instead of constantly worrying about whether you’re “alpha” or “beta”, you will learn the principles of positive masculinity which will make you a grounded, solid, and attractive man.

Check out my other article if you want to know how to become a high value man.

Among other things, The High Value Man will teach you:

If you’re ready to COMMIT yourself to the process of transforming yourself into a high value man, then click HERE to get The High Value Man: Principles of Positive Masculinity now!